Electroplating is the process of passing an electric current through a solution called an electrolyte. A cathode and an anode are placed in an electrolyte solution and charged by an electrical current, and electrons are transferred from the anode (a sacrificial anode designed to be used up) and deposited on the cathode (the metal receiving electroplating).

In 1947, the Electronic Revolution began with the invention of the Transistor and with that, the growth of the electroplating industry.

Today, electroplating is used in a wide variety of industries including aerospace, automotive, electronics, marine, jewelry, and hardware.

These industries use metal finishing for the following purposes:

Metallic corrosion is caused by a reaction of the metal and its environment. All metals – with the exception of the Noble Metals – corrode, but the rate of corrosion varies. Noble Metals include gold, silver, copper, palladium, and platinum, and are used frequently in electroplating for corrosion resistance.

Many metals are soft and malleable making them easy to work with, but also easily damaged. Applications of harder metals – such as electroless nickel or electrolytic nickel – improve the durability of softer metals, allowing them to be used in a wider variety of applications.

The solderability of a metal is defined as the ease at which a substrate can be joined to another material. Several metals exhibit excellent solderability characteristics, including tin, gold, silver, and to a lesser extent copper and lead. The most common electroplating finish for increasing solderability is a tin/lead alloy. Tin has excellent solderability characteristics, but over time “whiskers” can grow on the tin, causing electrical short circuiting where whiskers bridge closely-spaced circuit elements. The addition of lead (greater than 3%), greatly reduces the potential for whisker growth. WPC offers both bright 90/10 Tin-Lead, and matte 60/40 Tin-Lead electroplating finishes.

Electrical conductivity is a measure of the material’s ability to conduct an electrical current. Certain metals are better conductors of electricity, and electroplating offers an alternative to augment the conductivity of other metals. The most conductive metals are silver, copper, and gold, followed to a lesser extent by nickel and tin.

Electroplating can also be used to increase the electrical resistance by applying a layer of metal with decreased electrical conductivity.

WPC offers 35 years of experience in delivering superior quality work to our customers. Please visit our website for a complete list of services offered, including cleaning and surface preparation in addition to plating, or request a quote for services and allow our team to work with you to provide the best option to suit your needs. 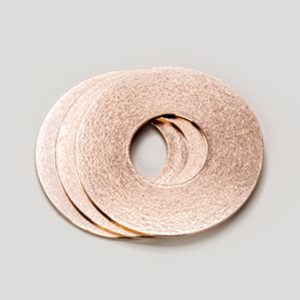